This blog post will teach you how to use CloudTruth to inject config into Azure DevOps pipelines.

Before getting started, ensure that you have the following:

You can generate the CloudTruth API key under Organization —> Access Control —> API Tokens. 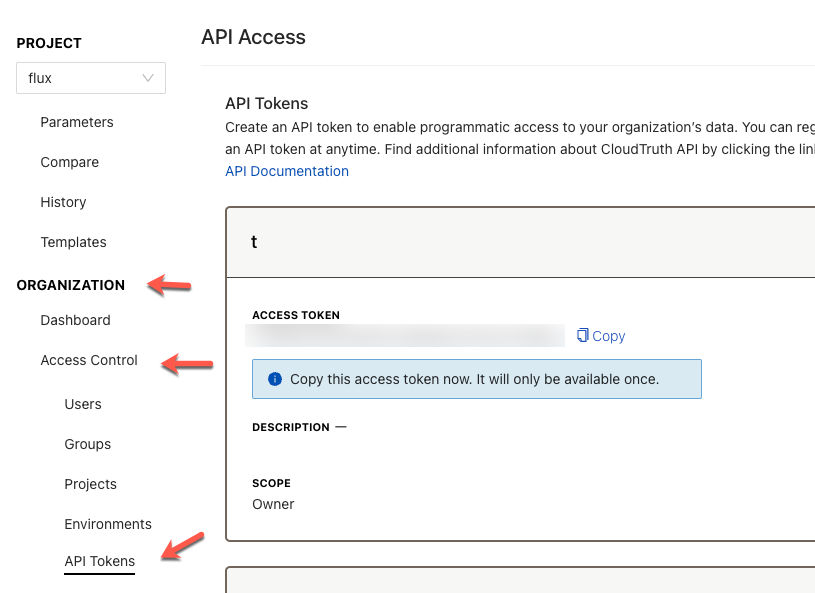 If you don't already have an Azure DevOps organization to use, you can go to https://dev.azure.com/your_organization_name and create a new project from the home screen.

Let's dive into configuring a pipeline and utilizing CloudTruth.

First, log into Azure DevOps and go to your Project. 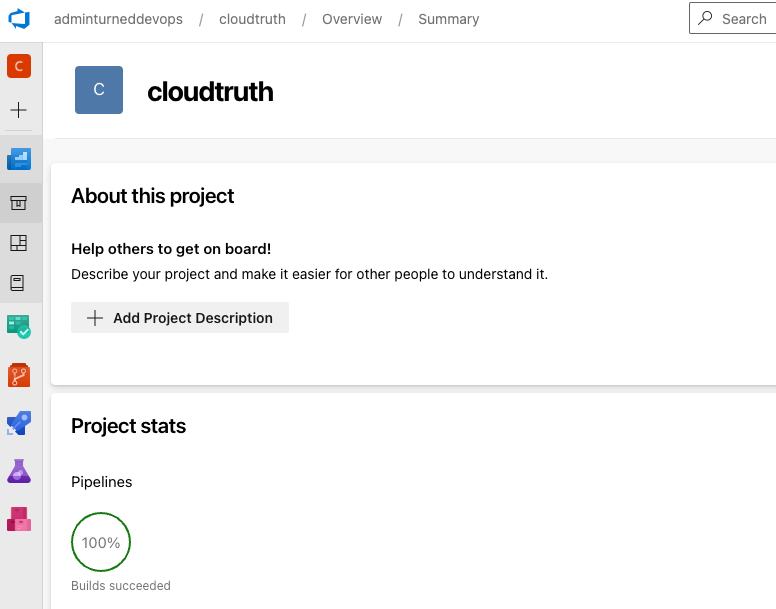 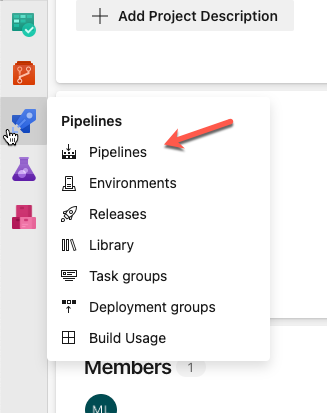 Choose where you want your repository to come from. Regardless of which option you choose, the steps in this blog post stay the same. If you aren't already authenticated to one of the source control options, you'll have to authenticate. 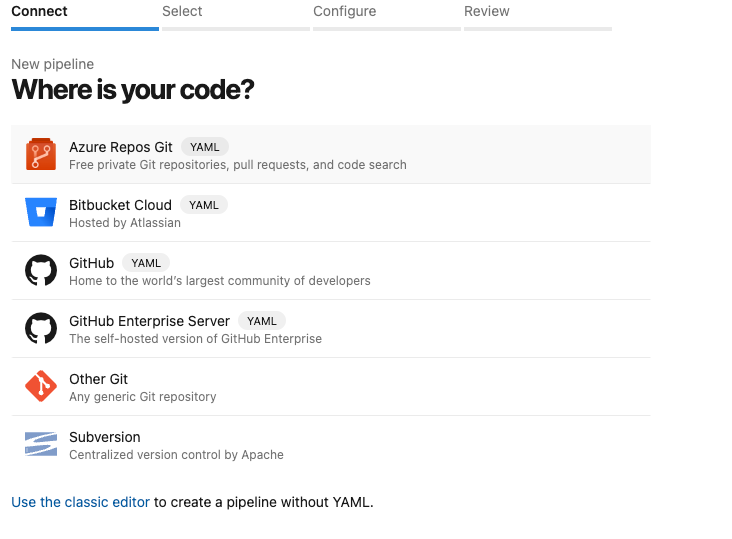 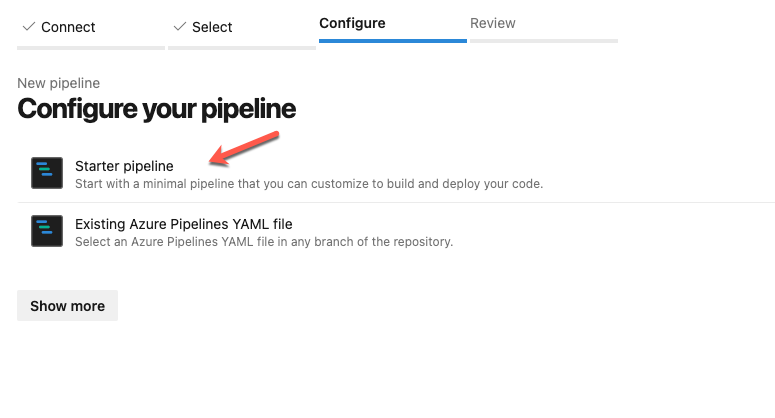 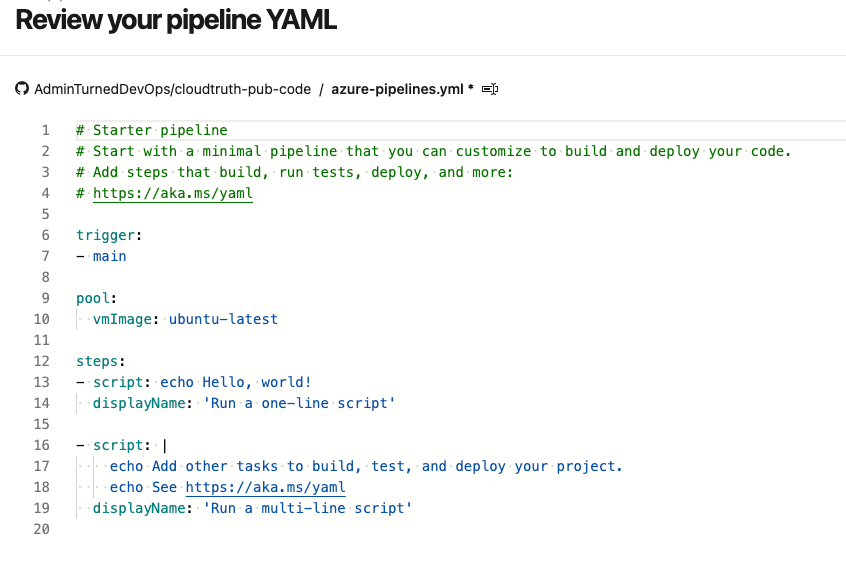 Uses the ubuntu-latest container image to run the pipeline (managed by Azure DevOps).

On line 15 of the code above, you'll see two things:

To use that variable, you'll have to create it in the pipeline. Click the Variables button as shown in the screenshot below. 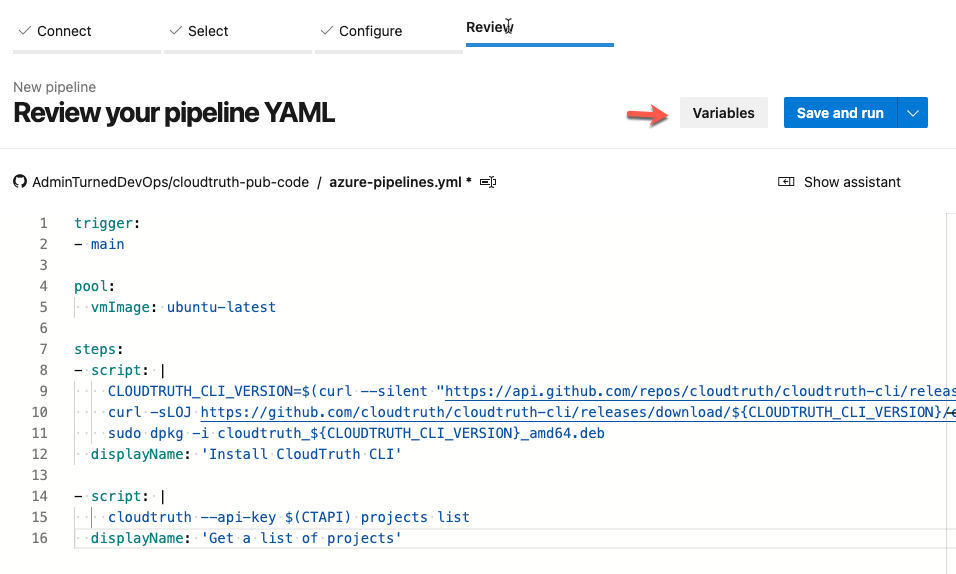 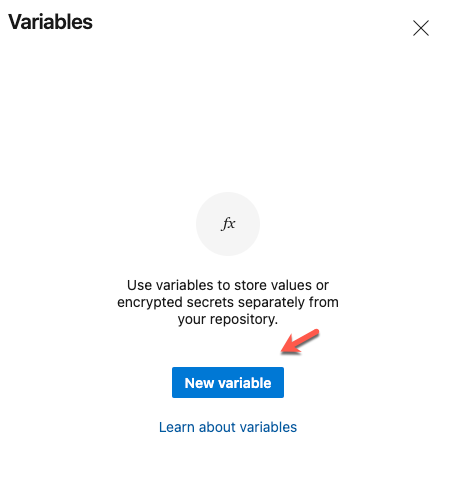 Give your variable a name, which can be any name, but ensure that you use the proper environment variable name in your pipeline. Also, make sure that the variable is a secret so it's encrypted. 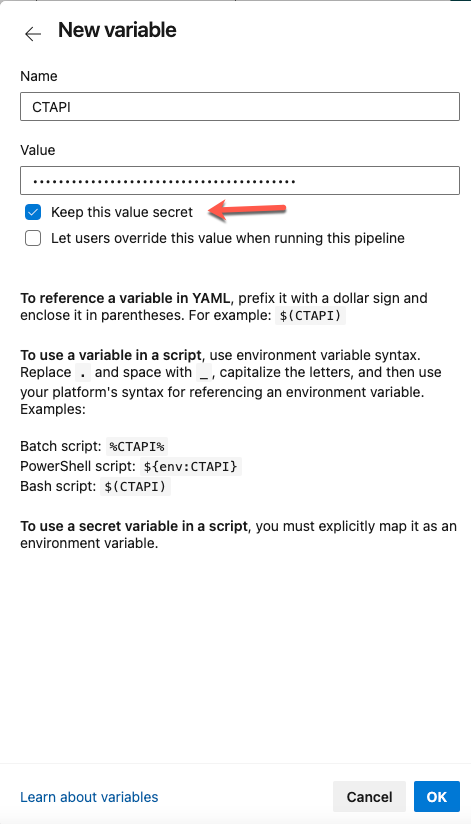 Click the blue Save button to save the variable. 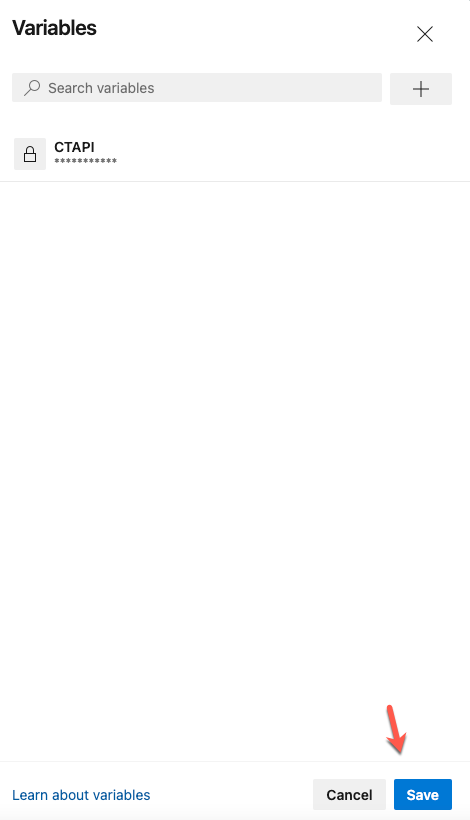 With the pipeline YAML created and the secret variable created, you're now ready to run the pipeline. 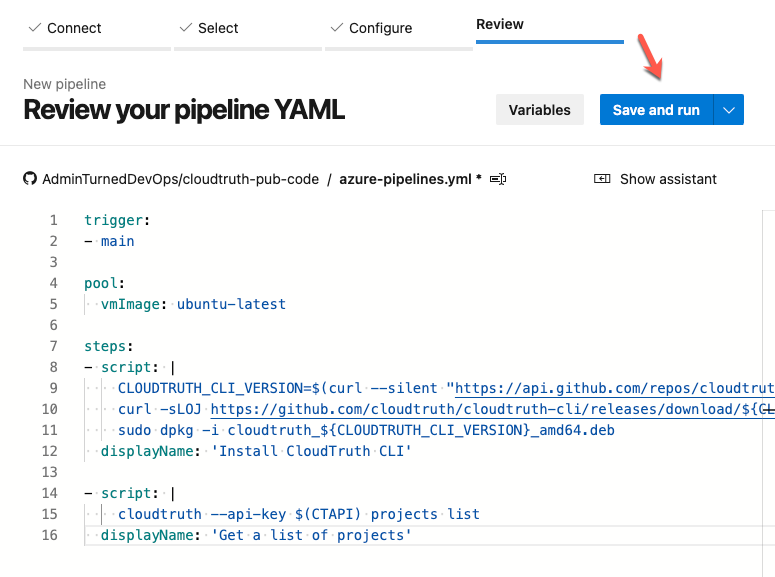 You should now see the pipeline queued up.

Click the Job and once complete, you'll see output containing the list of the CloudTruth projects in your CloudTruth org. 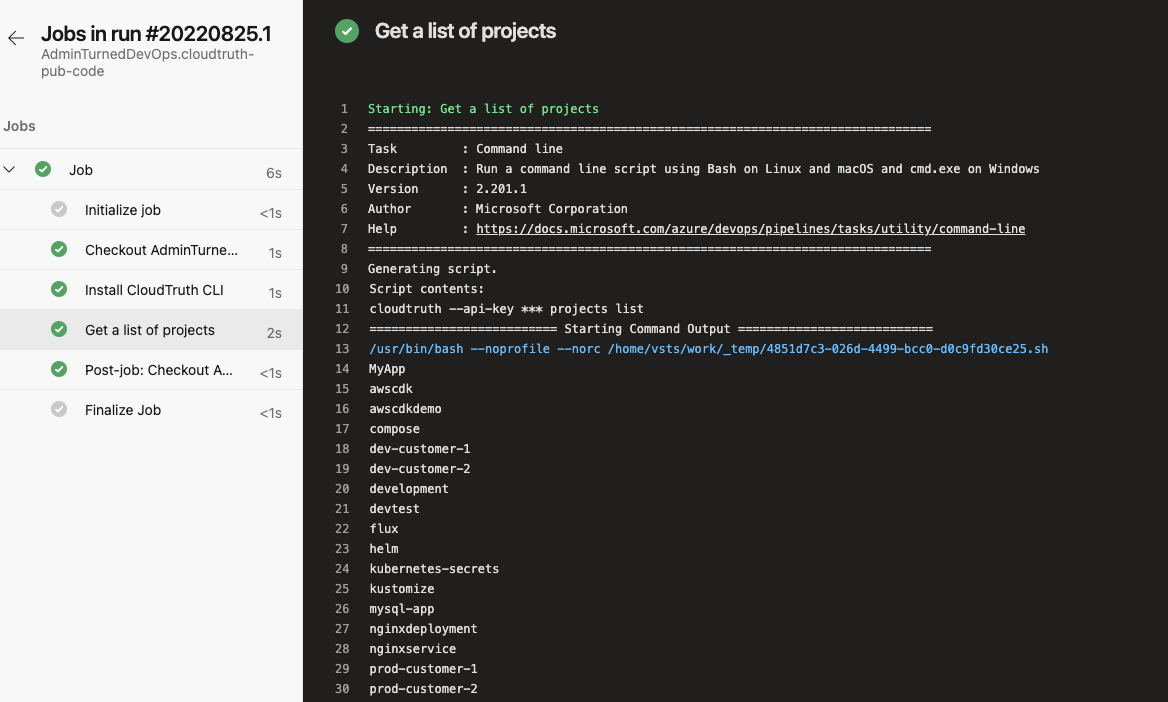 Congrats! You have successfully configured CloudTruth and Azure DevOps. Getting Started With CICD and CloudTruth CLI

Getting Started with CloudTruth and Docker

As an Application Developer or DevOps engineer, you'll most likely find yourself attempting to manage, learn, and use multiple different CLI tools. Whether it's to interact... Read More